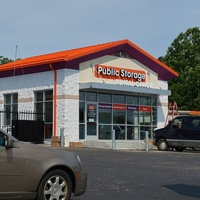 What was Bradley Hughes' net worth?

Bradley Wayne Hughes was an American billionaire entrepreneur who had a net worth of $4 billion at the time of his death in August 2021. At the time of his death and for most of his adult life, Bradley Hughes was the richest person in Kentucky. Commonly known as B. Wayne Hughes, Bradley earned his multi-billion dollar fortune by founding Public Storage, the largest self storage company in the United States.

B. Wayne Hughes was born in Gotebo, Oklahoma in September of 1933. He received his BS in Business Administration from the University of Southern California in 1957.

Hughes launched what became an empire called Public Storage in 1972 with one unit. The company grew into the largest self-storage company in the United States. He served as President until 1991, and CEO until 2002. He remained Chairman of the Board up to his death in 2021.

He also served as CEO for a series of 18 related real estate investment trusts, which were subsequently merged into one company. He launched the Parkes Hughes Cancer Center in Minnesota, but it went bankrupt in 2007, and was forced to shut its doors, after its founder was stripped of his medical license.

B. Wayne Hughes was widely recognized for his interest in thoroughbred racing. His horse Beholder won the Breeders' Cup Distaff in 2013. He was also a known for his large donations to such conservative organizations as Karl Rove's American Crossroads. He had three children; two sons (Parker Hughes and B. Wayne Hughes, Jr) and a daughter named Tammy Gustafson. Upon his death, Tammy became the company's largest shareholder with 11% of Public Storage's outstanding shares. Tragically, Parker Hughes died when he was just eight years old of childhood leukemia.

In 2003, B. Wayne Hughes paid $20 million for a 3.6-acre estate in Malibu, California. Set atop a cliff overlooking the Pacific Ocean, the Hughes property features an 11,000 square-foot primary mansion that has 8 bedrooms and 12 bathrooms. Their are two guest houses, a home for full-time staff, a tennis court and a direct path to the beach. Upon his death in August 2021, Bradley's daughter Tammy and husband Eric inherited the home. In May 2022 they listed it for sale for $127.5 million. In September 2022 television mogul Byron Allen bought the home for $100 million. Here's a video tour of the home: