He is now the President and Managing Director of Chaudhary Group, most popular for its Wai Wai brand of instant noodles, as well as of the Cinnovation Group, the holding company of Cigen Corporation. Furthermore, Binod holds a controlling stake in Nabil Bank Limited and he is a minority shareholder of Tata Groups Taj Hotels Resorts and Palaces in India. Being married with three children, Chaudhary let his sons manage some aspects of his business. His eldest son Nirvana controls domestic businesses, while younger Rahul and Varun manage oversea interests. Apart from being a businessman, Binod is a fitness fanatic who goes trekking in the Himalayas once a year. 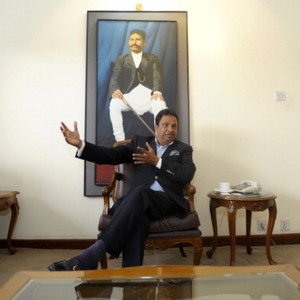