Bernie Ecclestone Net Worth: Bernie Ecclestone is a British businessman who has a net worth of $3.3 billion. In 2011, he was declared the fourth-richest person in the UK, and at that point, he was worth $4.2 billion. The reduction in his net worth is likely the result of a semi-recent divorce settlement that left his ex-wife Slavica Ecclestone with a reported sum of between $1 billion and $1.5 billion. With Slavica, a former Armani model, he has two daughter who are both famous socialites, models and business women; Petra and Tamara Ecclestone.

Bernie is probably best known for being the former chief executive of the Formula One Group, a conglomerate that owns and operates Formula One racing. He still owns the commercial rights to the sport, and as such he is the de-facto "boss" of Formula One. Outside of Formula One, Ecclestone once owned the British football club Queens Park Rangers from 2007 to 2011.

Early Life: Bernard Charles Ecclestone was born on October 28th of 1930 in Suffolk, England. Raised as the son of a fisherman, Ecclestone moved to London at an early age with his family. He lived in London throughout the Second World War, even when the city was being bombed by the Germans. At age 16, Bernie dropped out of high school and took a job working in a chemical laboratory. Later, he studied chemistry at the University of Woolwich.

Racing Career: Bernie began his autosports career after the war by trading and selling spare parts for motorcycles. Eventually, he established his own motorcycle dealership. In 1949, he raced for the first time, piloting a Formula Three car. His racing career was decent, and he achieved good results despite a limited amount of time behind the wheel. However, a number of accidents forced him to retire from professional racing and focus on other pursuits.

He spent the next period making a series of intelligent investments in real estate and loans before returning to the world of autosports as a manager for driver Stuart Lewis-Evans. When Lewis-Evans died from severe burns after an accident in 1958, Ecclestone retired from racing once again. However, Ecclestone would eventually return to the sport in the 70s, managing Jochen Rindt and becoming the partial owner of the Lotus Formula 2 team. Rindt would later die in a crash while racing.

In 1971, Bernie purchased the Brabham racing team for 100,000 pounds. He poured all of his attention into making the team a winning force in Formula One, and he led the development of his Ford-powered cars with several design innovations. After numerous victories, Ecclestone was convinced to swap out his Ford motors with Alfa-Romeo engines. The resulting deal was incredibly lucrative for Bernie, but it made the cars unreliable.

Eventually, the Brabham team switched out their Alfa-Romeo engines for Cosworth DFVs. Combined with the newly-signed, up-and-coming Brazilian driver Nelson Piquet, this put the team back in winning form. By 1982, the team had switched once again to a BMW, turbo-powered engine that propelled them to a world championship win in 1983. By 1988, many of Brabham's key members had departed, prompting Bernie to sell the team for $5 million. 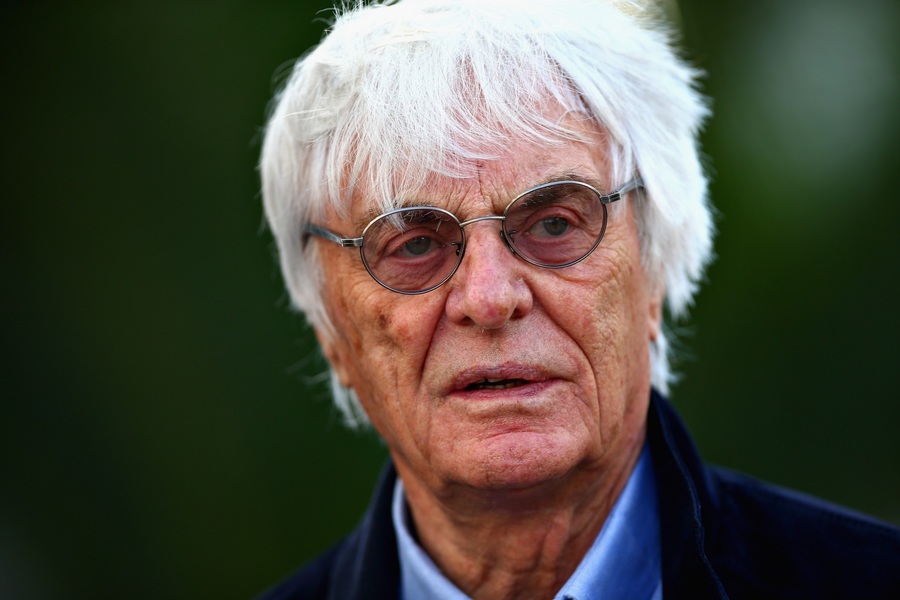 He also established the Concorde Agreement, which meant that he maintained television rights in exchange for annual payments. This coincided with the creation of the Formula One Promotions (FOPA). Because Ecclestone played a major role in the operations of FOPA, this represented his first step towards total control over Formula One.

As a Formula One Executive, Bernie was also instrumental in improving the safety of the sport. However, crashes continued to happen. One notable example was the tragic death of Ayrton Senna in 1994. In 1996, Ecclestone created SLEC Holdings as the holding company for his Formula One-related businesses. He then transferred ownership of the company to his wife and prepared to launch SLEC Holdings on the stock market in 1997. SLEC Holdings would later become the Formula One Group.

In 1999, Bernie received triple coronary bypass surgery. He then reduced his shares in SLEC Holdings to just 25%, although he maintained complete control over the company's business operations. In 2005, CVC Capital Partners bought out Bernie's stake in SLEC Holdings, and in 2017 Ecclestone was officially removed from his position as chief executive of the Formula One Group after it was taken over by Liberty Media. During his time as "F1 Supremo," Ecclestone was constantly blamed for disputes within the organization. He was also heckled for taking a massive cut of the earnings while others were left with only a small piece of the pie.

Controversial Statements: Bernie Ecclestone has a history of making controversial statements. He once said that Hitler "got a lot of things done," and that he "could command a lot of people." Various Jewish groups subsequently voiced their outrage. He also said that "democracy hasn't done a lot of good for a lot of countries."

Bribery Accusations: During the proceedings of a 2012 trial of a German bank executive, Ecclestone was accused of bribery. According to the court case, Ecclestone had offered the banker $44 million to "encourage" him to get rid of the lender's stake in Formula One. In 2014, Bernie was given the chance to pay a 60 million pound settlement in order to avoid a trial for bribery charges.

Tax Evasion Allegations: As a result of the bribery case, an investigation determined that over the course of nine years, Ecclestone had managed to avoid over 1.2 billion pounds in taxes to the United Kingdom. In the end, Bernie was able to resolve the issue with a payment of 10 million pounds.

Real Estate: In 2004, Bernie Ecclestone sold one of his properties in London's Kensington Palace Gardens for 57.1 million pounds. Bernie never even set foot in the extensive estate before selling it. 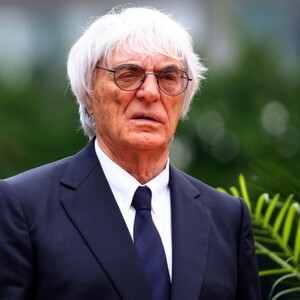