Bernard Marcus net worth: Bernard Marcus is an American entrepreneur and philanthropist who has a net worth of $6.2 billion dollars. That net worth makes him one of the richest people in Georgia. Born in Newark, New Jersey, Bernard Marcus graduated from Rutgers University with a degree in Pharmacy. He worked his way through college as a cabinetmaker.

Though originally interested in working as a pharmacist, he found the retail portion of drugstore management more interesting, and began working for various retail companies and chains. He eventually became CEO of Handy Dan Improvement Centers, but he and a co-worker were fired after a disagreement with the board. The pair co-founded The Home Depot in 1979. He served as CEO until 1998, and was Chairman of the Board until 2002. Since retiring from The Home Depot, he has focused primarily on philanthropic work, including donating $250 million to the Georgia Aquarium, the largest aquarium in the world, and launching the Marcus Institute, a center for children and young adults with developmental disabilities. 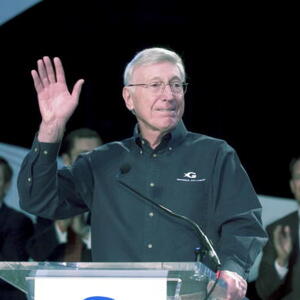