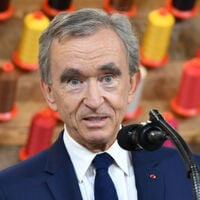 What is Bernard Arnault's Net Worth?

Bernard Arnault is a French billionaire who earned his fortune as the chairman and chief executive of the world's largest luxury goods company, LVMH. As of this writing, Bernard Arnault has a net worth of $172 billion. For most of his adult life, Bernard's net worth has made him one of the richest people in the world, within the ranks of people like Elon Musk, Jeff Bezos and Bill Gates. On December 13, 2022 Bernard Arnault overtook Elon Musk to become the richest person on the planet.

Bernard Arnault earned his fortune as the CEO of LVMH. In the 1980s, Arnault bought Christian Dior out of bankruptcy. He then used the profits and increased valuation of Dior to put together a conglomerate of luxury brands, notably Louis Vuitton, Moet, Hennessy (hence "LVMH"), Marc Jacobs, Givenchy, Tag Heuer, Bulgari and Tiffany & Co. Today LVMH is home to around 60 brands and generates $70 billion in revenue per year. As of this writing, LVMH's market cap is $384 billion.

Bernard and the extended Arnault family continue to own 97% of Dior directly, and Dior owns 41% of LVMH. The family also separately owns an additional 7% of LVMH directly. They have more than 50% of the total voting rights.

Outside of LVMH, Bernard personally owns two wineries in France, Princess Yachts, 5% of Carrefour – the largest super market chain in France – and a multi-billion-dollar art collection which includes pieces by Picasso and Warhol.

Bernard Jean Étienne Arnault was born on March 5, 1949, in Roubaix, France. His father, Jean Léon Arnault, was a manufacturer and a graduate of École Centrale Paris. His mother, Marie-Josèphe Savinel, was the daughter of Étienne Savinel, who owned the civil engineering company Ferret-Savinel. In 1950, Savinel passed on the management of Ferret-Savinel to his son-in-law Jean Léon Arnault (Bernard's father), and later gave him ownership of the company as well. Bernard graduated from France's top engineering school, the École Polytechnique, in 1971.


Following his graduation in 1971, Arnault began working at his father's company, Ferret-Savinel (which was previously owned by his maternal grandfather). He became the company's president in 1978, and continued in that position until 1984. While with Ferret-Savinel, he helped steer the company away from construction and increasingly focused on real estate, which would turn out to be a successful business move.

In 1984, Bernard acquired the luxury goods company Financiere Agache, with the help of Antoine Bernheim. He became CEO of Financiere Agache, and then also took over the textile company Boussac Saint-Freres out of bankruptcy. Boussac owned many brands and stores, including the luxury brand Christian Dior and the department store Le Bon Marche. Arnault sold all the Boussac asset's except Dior and Le Bon Marche.

To this day, Bernard and his family own 97% of Dior directly.

Using the increased value and profits of Dior, Bernard went on a luxury brand shopping spree. In 1987, Bernard formed LVMH, an umbrella company to own the merged luxury fashion houses Louis Vuitton and Moët Henessy. In July 1988, he contributed $1.5 billion and formed a holding company with Guinness to capture 24% of LVMH's shares. Rumors began circulating that the Louis Vuitton group was going to try to buy up LVMH stock to form a "blocking minority", so to preemptively counter them Arnault spent another $600 million on 13.5% of LVMH shares. This move made him the largest LVMH shareholder. He wasn't done though, and in January 1989 he spent even more money, this time $500 million, to buy more shares. By then, he controlled a total of 43.5% of LVMH's shares, as well as 35% of its voting rights. Using his control, he blocked the dismantlement of the LVMH group, and has since led the conglomerate through a transformation that has positioned it as one of the largest leading luxury groups around the world. 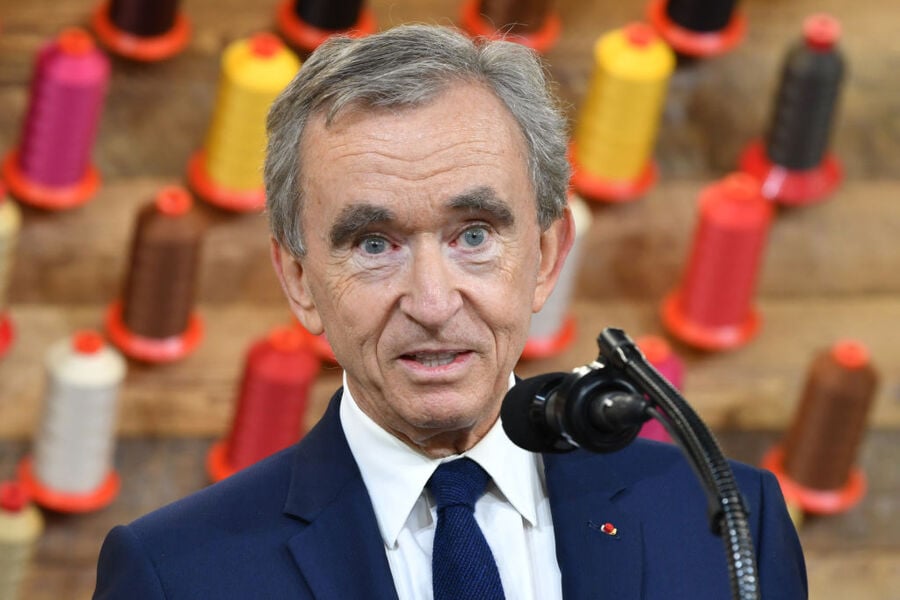 Besides LVMH, Arnault has his fingers in a lot of other pies. Between 1998 and 2001, through his holding company Europatweb he invested in several web companies, including Boo.com, Libertysurg, and Zebank. Through his investment firm Groupe Arnault he invested in Netflix in 1999. It was announced in 2007 that Arnault, along with the California property firm Colony Capital, owns 10.69% of Carrefour. Carrefour is France's largest supermarket retailer, and the second-largest food distributor in the world. Additionally, he has involved himself in the yacht business. In 2008, he spent €253 million euros to buy Princess Yachts. Then, he gained control of Royal van Lent for nearly the same amount of money.

Arnault isn't just all business, though – he is known for his keen interest in art collecting for instance. Through LVMH, Arnault has sponsored artistic exhibitions in France featuring such globally renowned artists as abstract painter Pablo Picasso and Pop Art pioneer Andy Warhol.

In 1973, Arnault married Anne Dewavrin; they separated in 1990. Together, they share two children. In 1990, he married Canadian concert pianist Hélène Mercier. They have three children together. In 2019, following the devastating fire that damaged the historic Notre-Dame Cathedral in Paris, France, Arnault and his family pledged €200 million euros to help with repair and restoration efforts.