Belmiro de Azevedo net worth: Belmiro de Azevedo was a Portuguese billionaire entrepreneur who had a net worth of $2.7 billion at the time of his death in 2017. Belmiro de Azevedo was the chairman and a major shareholder of Portuguese conglomerate Sonae SGPS. Sonae is one of the largest business groups based in Portugal with operations and investments in approximately 65 countries (Spain, Greece, Germany, Italy, Brazil), including Zippy children's clothing stores in Saudi Arabia, Turkey and Kazakhstan.

Belmiro de Azevedo and his immediate family hold just under 53% of Sonae, stakes of which has recovered by more than 50% thanks to better than expected earnings amid ongoing economic weakness in Portugal. Belmiro de Azevedo died on November 29, 2017 at the age of 79. He was survived by his wife Maria Margarida Carvalhais Teixeira and three children. His children are now heavily involved in managing the company. His son Paolo is now co-CEO of Sonae SGPS.. 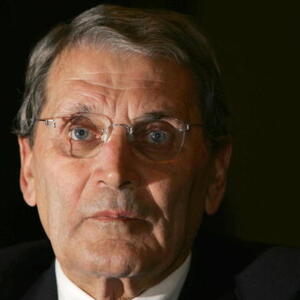