What is Bang Si-hyuk's Net Worth?

Bang Si-hyuk is a South Korean record executive, producer, composer, and lyricist. Bang Si-hyuk has a net worth of $3 billion. The founder of entertainment company Hybe Corporation and its subsidiary Big Hit Music, he is one of the 50 richest people in South Korea, and the only billionaire in that nation's entertainment industry. Bang has produced albums by such groups as 2AM, Teen Top, GFriend, and global phenomenon BTS.

Bang Si-hyuk was born on August 9, 1972 to a family of musicians. His passion for music started early on, although his parents urged him against following a career in the field. As a teen, Bang went to the all-boys Kyunggi High School. He subsequently attended Seoul National University, where he made his debut as a composer.

In the mid 90s, Bang met Park Jin-young, with whom he went on to write numerous songs. Park eventually founded his own company, called JYP Entertainment, which Bang joined as a producer, composer, and arranger. Early on, the duo found success producing "Chapter 1," the debut album of the group g.o.d. On the album, Bang arranged the hit songs "One Candle" and "Road." Following the release of "Chapter 1," g.o.d. went on to become one of the most popular boy bands in South Korea. It was around this time that Bang became known by the stage name "Hitman," due to his ability to launch hit bands.

Upon leaving JYP Entertainment in 2005, Bang founded his own company called Big Hit Entertainment. There, he continued to compose, write, and produce music for hit artists. In 2007, he served as a producer on "The Wonder Years," the debut album by the girl group Wonder Girls. Three years later, he produced the debut studio album by the boy band 2AM, entitled "Saint o'Clock." The album spawned the hit singles "Like Crazy" and "You Wouldn't Answer My Calls."

In 2011, Bang produced a number of albums, including Lee Seung-gi's "Tonight," Teen Top's "Roman," and Homme's "Homme by Hitman Bang." The next year, he produced Lee Hyun's "The Healing Echo." Bang has also produced works by such popular artists as IZ, TXT, GFriend, and Seventeen. 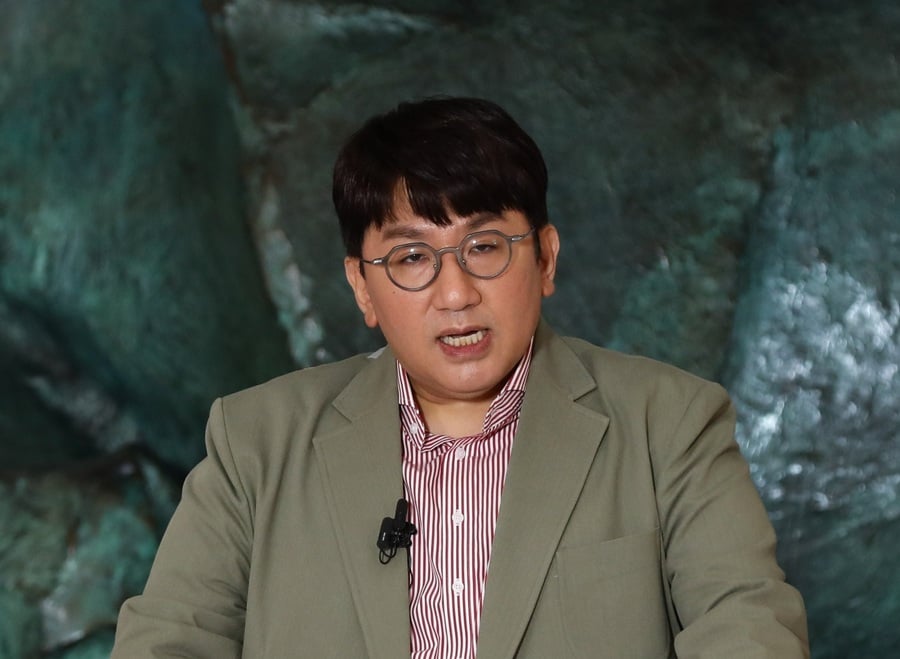 In 2013, Bang began his most lucrative partnership when he helped launch the career of the boy band BTS. Starting with the group's debut single album "2 Cool 4 Skool," Bang has gone on to produce over 20 albums by BTS, including "O!RUL8,2?," "Skool Luv Affair," "Dark & Wild," "The Most Beautiful Moment in Life," "Wings," "Love Yourself," and "Map of the Soul." Bang also co-wrote six songs on "Wings"; for the album, he won the Best Producer Award at the Mnet Asian Music Awards and the Best Songwriter Award at the Melon Music Awards.

Bang was integral to the meteoric rise of BTS, which stands as the best-selling group in South Korean music history with more than 20 million albums sold. With their 2018 album "Love Yourself: Tear," BTS became the first Korean musical act to top the US Billboard 200. Later, in 2020, the group became the first Korean act to make it to number one on both the Billboard Global 200 and the US Billboard Hot 100, which they did with the hit single "Dynamite." Five number-one singles followed, including "Savage Love," "Butter," and "Permission to Dance."

Due to his massive success as a producer, particularly for his contributions to BTS, Bang was estimated to be worth around $770 million in 2019. Just one year later, his net worth skyrocketed to around $2.8 billion following the stock launch of Big Hit Entertainment. As a result, Bang became the only billionaire in the entertainment industry in South Korea, as well as one of the top ten richest people in the nation. He subsequently ventured into mobile applications, helping to develop the platform Weverse, which hosts multimedia content and facilitates communication between artists and fans. Additionally, Bang acquired a number of other companies, including Pledis Entertainment and Source Music.

In 2021, Bang was ranked as one of Korea's 50 Richest People; he was ranked 16th. Shortly after, Bang resigned as CEO of Hybe Corporation, but kept his position as chairman of the board of directors.