Baba Kalyani Net Worth: Baba Kalyani is an Indian businessman who has a net worth of $1.6 billion. Mr. Kalyani is the chairman and managing director of Bharat Forge, the flagship company of the $2.5 billion (revenues) Kalyani Group as well as the world's second-largest forgings manufacturer right after ThyssenKrupp of Germany.

Born Babasaheb Neelkanth Kalyani on 7 January 1949, in Pune, Maharashtra, India to a maker of auto components, he took a BE (with honors) in Mechanical Engineering. Next, he joined the Massachusetts Institute of Technology where he earned an MS degree. Upon graduation, Baba Kalyani started his career at Bharat Forge in 1972. Although a global company at the time, Kalyani was the one to pioneer the export of automobile components from India to China in 2002. Ever since, he has constantly contributed to the expansion of the company. Thus, he intends to turn a 4,500-acre special economic zone near Pune into an industrial enclave. Baba Kalyani's wealth is up mainly due to new information on landholdings. Aside from business, he is founding chairman of Parham Pune Education Foundation, a charity organization that provides primary education for underprivileged children. 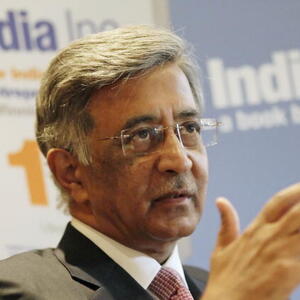