Aziz Akhannouch and Family: Aziz Akhannouch is a Moroccan businessman who shares a net worth of $1.7 billion with his family. Aziz Akhannouch made it to billionaire ranks earlier this year thanks to his stake in Akwa Group, a multi-billion-dollar Moroccan conglomerate headquartered in Casablanca. The group is mainly engaged in the petroleum, gas and chemicals through its publicly-traded subsidiaries Afriquia Gas and Maghreb Oxygene, as well as in telecommunication, tourism, media, real estate development and hotels.

Founded and run by Akhannouch's father, the group is now managed by Aziz Akhannouch who filled in his father's shoes and now serves both as CEO and chairman. However, he did hand off the day-to-day management of the group in order to become Morocco's Minister of Agriculture and Fisheries. Aziz Akhannouch's wife, Salwa Idrissi, is also a very busy woman as she runs her own company, which constructs malls, and holds the Moroccan franchise for Gap, Zara, and Galeries Lafayette, among other fashion brands. 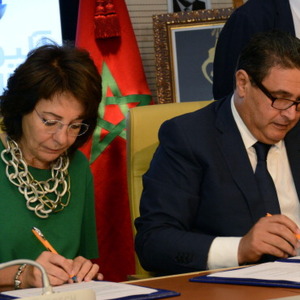