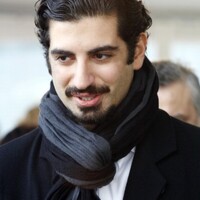 Ayman Hariri net worth: Ayman Hariri is a Lebanese billionaire who has a net worth of $1.4 billion. Ayman Hariri is the son of former Lebanese Prime Minister Rafik Hariri. Ayman Hariri has a part of the family-owned Saudi Oger, Ltd., which is one of the biggest construction companies in Saudi Arabia as well as the source of the Hariri family fortune. He was involved in a 2013 venture that won a $653 million contract to build a local branch of the Louvre museum in Abu Dhabi, set for a 2005 opening. Furthermore, he has interests in the Middle Eastern banks, such as Jordan's Arab Bank, as well as a major stake in Turk Telekom.