Ayman Asfari Net Worth: Ayman Asfari is a Syrian-born British entrepreneur who has a net worth of $1.8 billion. Born on 8 July 1958 in Syria, to a diplomat father, Asfari serves as the Chief Executive Officer of Petrofac, a British worldwide provider of integrated services to gas, energy, and oil production and processing industries.

A graduate of Villanova University who has a master's degree in Civil and Urban Engineering, Asfari first worked as consulting engineer in Dubai. Then, in 1991, he took part of Petrofac, which had only one plant in Tyler, Texas at the time. A decade later, Asfari purchased the oil company, which few years later, in 2005, he took it public on the London Stock Exchange. Moreover, Asfari stroke over $5 million-worth deals in 2012, including contracts with Apache Corp., Saudi Aramaco and Pemex. He also won 2011 Ernest & Young Entrepreneur of the Year Award. 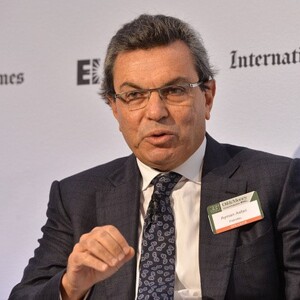