Aydin Dogan Net Worth: Aydin Dogan is a Turkish media tycoon who has a net worth of $1.1 billion. Aydin Dogan has made his way to riches as the owner and head of Dogan Holding, active in the fields of energy, media, industry, trade and tourism. Probably the most valuable asset of the conglomerate is Dogan Media Group, Turkey's largest media company that holds five national newspapers and three national TV stations, along with magazines, radio stations and niche TV channels.

Born on April 15, 1936 in Kelkit, Gümüşhane Province, Turkey, Aydin Dogan graduated from the Istanbul Economy and Commerce Academy and started his business career shortly upon his graduation. At the age of 23, he first registered his business at the Mecidiyekoy Tax Office and embarked on his professional life trading construction equipment, as well as passenger and other commercial vehicles. Subsequently, Aydin Dogan set up a small media company with just three employees in 1961, as well as his first industrial company in 1974. By 1980, he has already managed enough diversified companies to establish today's Dogan Holding. Employing a total of 16, 467 people and generating revenues of more than a billion, the conglomerate has also gone through falls of its own. Most recently, Aydin Dogan saw a major decline in his net worth because of a 40% loss in Dogan Holding's shares. 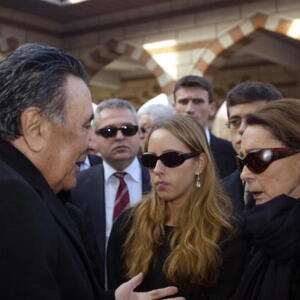