However, he started generating his wealth long before he entered politics. The bulk of Zardari's fortune comes from sugar mills across Pakistan, as well as other businesses he has stakes in. Zardari became President of the country after the assassination of his wife, Benazir Bhutto, who served as prime minister of Pakistan during the 1990s. 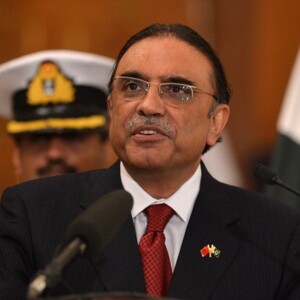