Arturo Moreno Net Worth: Arturo Moreno is an American businessman who has a net worth of $3.5 billion. He is best known for being the first Mexican-American to own a major American sports team. He took over the Anaheim Angels from the Walt Disney Company in 2003. He then re-branded the team as the Los Angeles Angeles.

A Vietnam veteran, he launched his career in outdoor advertising when he was hired by Eller Outdoor in the early 1980s. In 1984 he moved to Arizona where he went to work for a company called Outdoor Systems. In 1996, by this time he was running the company and was a major shareholder, Arte took the company public. The IPO was extremely successful. In 1998 Infinity Broadcasting acquired Outdoor Systems for $8 billion in stock.

A long-time owner of a minor league team, in 2001 Arte began to use is newfound wealth to buy a major league team. In 2003 he finally hit pay dirt after striking a deal to acquire The Anaheim Angels from Walt Disney for $180 million. Before the start of the 2006 season, Arte landed a lucrative broadcasting deal with Fox Sports. It was reportedly a 10-year deal, worth north of of $1 billion. That same year, just three years after acquiring the team, the Angels were valued at $380 million. As of 2020, the team was worth $2 billion. 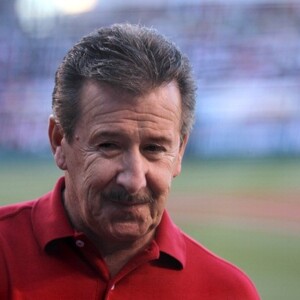