Arnon Milchan net worth and salary: Arnon Milchan is an Israeli Hollywood producer who has a net worth of $3.6 billion. During his career to date, Arnon Milchan has produced hundreds of movies. He is the founder of New Regency Productions. He is one of the five richest people in Israel.

Early Life: Arnon Milchan was born on December 6, 1944. His father owned a fertilizer company which Arnon inherited at the age of 21 upon his father's death. At the time he inherited the company, it was nearly bankrupt. Over the next decade Arnon transformed the fertilizer company into a chemical empire that made him extremely wealthy. By the mid 1970s, the business was worth $125 million and held interests in industries including agriculture, aerospace, animal health products, plastic, fiber optics and pharmaceuticals.

Along the way, Arnon earned a degree from the London School of Economics. Shortly before graduating, he was recruited to join the top secret Israeli intelligence organization called Lekem.

His first Executive Produced film was 1978's The Medusa Touch. In 1982 he produced Scorsese's The King of Comedy. Over the next 40 years, he produced hundreds of projects that generated tens of billions of dollars in revenue.

Art Collection: Milchan is an avid art collector. His collection is worth an estimated $600 million and includes works by Picasso, Francis Bacon and Vincent Van Gogh. 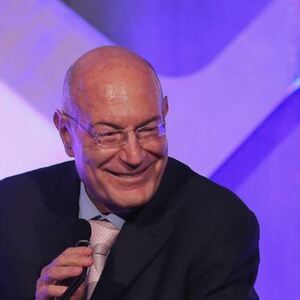