Arkady Rotenberg Net Worth: Arkady Rotenberg is a Russian entrepreneur who has a net worth of $3 billion. Arkady Rotenberg is one of the most influential people among Russia's business elite. Rotenberg accumulated his wealth mainly through supplying pipes to natural-gas producer OAO Gazprom. Having acquired his BA degree at Leningrad Institute of Physical Culture, he teamed up with his brother, Boris Rotenberg, to form their pipe business.

In 2008, they started obtaining subsidiaries of Russia's national energy leader Gazprom, eventually turning them into Stroygazmontazh Corporation aka SGM Group. Apart from serving as a main supplier of steel pipes to Gazprom, the group has also become a major construction contractor in the energy field. Most recently, SGM gained Gazprom-Bureniye, one of the largest drilling companies in the country. Solely, Rotenberg holds 51% of SGM, and he has a 26% share in Mostotrest, a massive road construction corporation. Via Mostotrest, Rotenberg took part of the concession to a toll road from Moscow to Saint Petersburg with $258 million. A long-time judo sparring partner with Russian President Vladimir Putin, Arkady Rotenberg denied rumors that Putin helped him built up his wealth. According to Arkady Rotenberg, it was the discipline from sports that played key role in making him and his brother Boris successful businessmen. 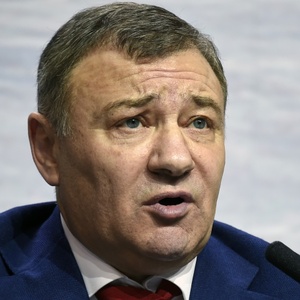