Anthony Pritzker Net Worth: Anthony Pritzker is an American heir who has a net worth of $3.4 billion. Born Antony "Tony" Pritzker in 1961, he made his fortune as an heir of the Hyatt Hotel massive fortune and as a part of Pritzker clan. A graduate of Dartmouth College who also holds an MBA from the University of Chicago, Pritzker is one of the three children of Donald Pritzker, a billionaire who founded the Hyatt Hotel chain. Together with his brother, Jay, known as JB, they run a private equity and venture capital firm, The Pritzker Group. Furthermore, Tony spent twenty years serving middle trade manufacturing and distribution companies that mostly are part of the Pritzker family's Marmon conglomerate. Last year, Pritzker's wealth grew enormously due to the profit from a stock sale that he and his brother retained in Marmon. Tony is also involved in philanthropic work, such as being a member of Advisory Board at the Center for Asia Pacific Policy of the RAND Corporation, serving as Chairman of the UCLA Institute of Environment and Sustainability, and sitting in many boards of advisers. 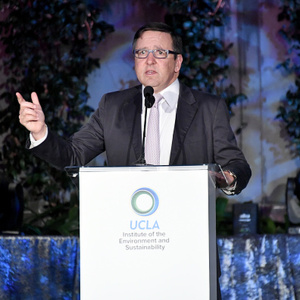