Since then, Anthony Bamford contributed to the further expansion of the British farm equipment brand, currently looking to Brazil and India for growth. In 2012, the former UK Prime Minister, David Cameron, a Bamford friend and recipient of his political donations, was the one to cut the ribbon at a new factory. But not only did Anthony succeed JCB, which is wholly owned by his family, he has also inherited claims to some of Britain's most desirable real estate, including 1,700-acre Daylesford House in Gloucestershire. Outside of business, he is married to Carole, Lady Bamford OBE, with whom he has three children. While as an avid fan of luxury cars, Bamford is one of the early collectors of vintage Ferraris, and he is the only person to own two Ferrari 250 GTOs. 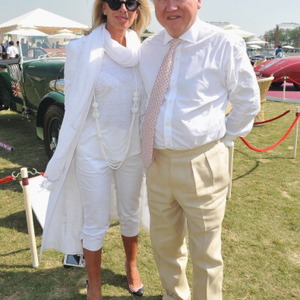