Anne Cox was born on December 1, 1919 in Dayton, Ohio. In 1974, upon the death of her brother James Jr., Anne and her sister Babara took over the family business.

Chambers owned and controlled 49% the family's business interests through umbrella company, Cox Enterprises. The company, which started from humble beginnings running a small evening newspaper, today includes Cox Communications (broadband and cable), Cox Media Group (newspapers, TV and radio stations), Manheim (car auctions), and AutoTrader.com. Mrs. Chambers sat on the company's board through the end of her life. Her nephew, Jim Kennedy, serves as Chairman. Her grandson Alex Taylor is the current CEO and President of Cox Enterprises

Apart from her duties related to Cox Enterprises, Anne Cox Chambers supported a wide range of cultural and educational charities over the years and thus, received many honorary doctorates and awards recognizing her efforts and philanthropy. Notably, she was a board member at the Atlanta Botanical Garden, the Atlanta Historical Society, the Woodruff Arts Center, the Metropolitan Museum of Art, the Pasteur Foundation, as well as the Whitney Museum in New York.

In 2016 she technically transferred her fortune to her children, for trust and tax planning purposes.

From 1977 to 1981 she served as ambassador to Belgium, being appointed by President Jimmy Carter. Anne her husband were some of Jimmy's largest financial supporters.

Anne married to Louis G. Johnson in 1940. They had two daughters. She married Robert William Chambers in 1955. They had a son. 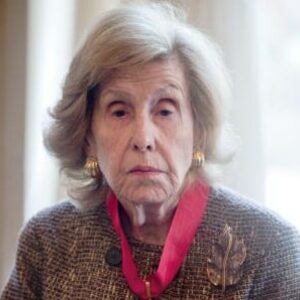