Andrej Babis net worth: Andrej Babis is a native Slovak entrepreneur with Czech citizenship who has a net worth of $2.4 billion. Born to a diplomat father in what is now the Slovak Republic, he started his career as a fertilizers trader for Petrimex. Then he became director of the trade group that imported all raw materials required for production of fertilizers.

In 1995, he founded the chemical, agricultural and food product holding Agrofert, which expanded across Eastern Europe and now in Germany with the purchase of bakery group Lieken. His group of more than 230 companies leases most of the agricultural land in the country, and it is also purchasing companies that are active in wood processing, media and health-care in order to add them to the stable. Over all these years, Babis has maintained total control of the company management in an old-fashioned way, using a paper calendar instead of a PC. However, he recently announced that he would step back, and he is even considering a possible stock market launch. In addition to his entrepreneurial duties, Babis is also active politically, having launched a new political party to tackle what he sees as the country's wide-spread corruption. As of March 2012, the financial magazine Forbes ranked him as the 913th richest man in the world. Babis is divorced from his first wife, with whom he has two children. He currently lives with his girlfriend Monika, and they have two children together. 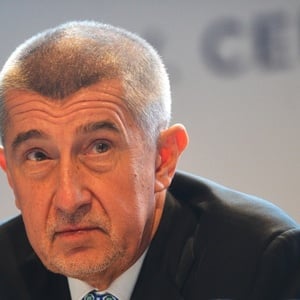