Andrei Filatov Net Worth: Andrei Filatov is a Russian entrepreneur who has a net worth of $1.2 billion. He is best known for being co-owner, member of the Board of Directors and CEO of the N-Trans, a railway and port operator he co-founded with fellow billionaires Konstantin Nikolaev and Nikita Mishin.

The trio saw a great increase in their fortunes after they took public one of Russia's biggest port operators, Global Ports Investments, in 2011 for $500 million. One year later, they sold a 37.5% stake in Global Ports to a subsidiary of the Danish shipping giant A.P. Moller-Maersk, for $863 million. Born on December 18, 1971, in Ukraine, he took a degree as a Physical Culture Instructor. Also a chess coach, he taught the game at Belarus' Academy of Physical Culture and Sports. Before teaming up with Nikolaev and Mishin, Andrei Filatov was involved in businesses in Murmansk's port. The three partners founded their first shipping company, Severstaltrans, in 1996. Actually, billionaire Andrei Kozitsyn was also one of the founders, but a year later the trio bought his stake and renamed the company N-Trans. When the vast portion of the stakes of Filatov's partners fell in the hands of railway operator Transoil in 2012, Filatov decided to keep his 7% share. Still being a great chess player, he sponsored a world title chess match in Moscow in 2012. The following year, Andrei Filatov went on to be the major financier of the first chess championship to memorialize Russia's first world chess champion, Alexander Alehnin. He has received many honors and awards including National Order of the Legion of Honour and and Medal of the Order "For Merit to the Fatherland" in 2016. 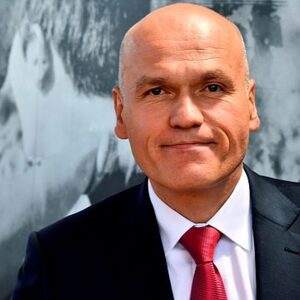