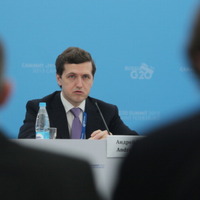 Andrei Bokarev Net Worth: Andrei Bokarev is a Russian businessman who has a net worth of $1.7 billion. Having entered the billionaire ranks in 2013, Andrei Bokarev runs Transmashholding, one of the biggest Russian machine building companies in the country, as well as a producer of rolling stock for railways and subway systems. It was in 1998, two years after he graduated from the Moscow Finance Institute, that he met his future business partner Iskander Makhmudov. At the time, Makhmudov offered Bokarev to head Krutredag, which managed the export operations of the Kuzbassrazrezugol coal company. Ever since, Andrei has been a minority partner in most of Makhmudov's projects, including the freight railway operator Transgroup, and Aeroexpress, which carries out passenger railway operations in the Moscow region. A keen skier, Bokarev is also President of the Russian Ski Sports Association and the Freestyle Federation of Russia.