Andrea Della Valle Net Worth: Andrea Della Valle is an Italian businessman who has a net worth of $1.6 billion. Andrea entered the billionaire ranks along with his brother Diego once they inherited the luxury Italian shoe and purse maker, Tod's, from their father, Dorino Della Valle. Actually, it was Andrea's grandfather, Filippo Della Valle, who started the shoemaking business in the 1920s.

Andrea's father Dorino only kept the shoe-making workshop alive, whereas Diego and Andrea turned it into a factory. The two siblings have made the business explode as they opened stores worldwide, including in the US, Europe, China, Japan, Singapore, Hong Kong and Indonesia. Today, Andrea serves as vice-chairman and his brother as chairman of the group that employs around 3,100 people who work on the creation of brands of lifestyle named Tod's, Roger Vivier, Hogan and Fay, all in the Della Valle's duo possession. Speaking of Tod's only, together they own 56% of the maker of luxury leather goods. As one of the largest shareholder, Andrea saw a growth of $250 million in his net worth than a year ago due to a jump in the price of Tod's stock. Aside from the above, the brothers hold stakes in other notable companies like Italian luxury eyewear company Marcolin and Italian magazine and newspaper publisher RCS MediaGroup. Married with children, Andrea and Diego also have a sister, Gisella, who is not involved in the family business. 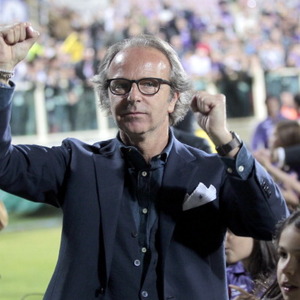