Andre Esteves Net Worth: Andre Esteves is a Brazilian banker who has a net worth of $4.3 billion. Esteves is the Chief Executive of BTG Pactual, a multinational investment bank. Born Andre Santos Estevas in 1969, he started earning his fortune while he was still studying mathematics at the Federal University of Rio de Janeiro.

He was hired in the investment bank Puctual, as an intern in the IT Department by banker Luis Cesar Fernandes. Although Brazil was experiencing hyperinflation, Estevas worked his way up as an ace trader. In 1990, he got promotion to the operator's fixed income desk bench area, which soon turned into a huge source of profits. Few years later, Estevas became one of the five partners, and in 1999, he took over the command of the business. In 2006, Estevas was listed as a billionaire after he sold Pactual to Swiss bank UBS for $3.1 billion, which formed UBS Pactual, the Brazilian subsidiary. Appointed President of the Latin American area, he heads global fixed income division until 2008 when he left the bank, and founded BTG, an asset and investment company. Next year, BTG bought UBS Pactual, and now, Estaves serves as Chief Executive and controlling shareholder. 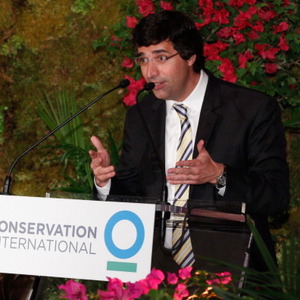