Anastasia Soare net worth: Anastasia Soare is a Romanian American entrepreneur and television personality who has a net worth of $800 million. At one point her net worth peaked at $1.2 billion (on paper, before taxes). After experiencing logistical errors and a significant drop in revenue, Anastasia's net worth dipped below billionaire status, and then some.

Anastasia Soare is the founder and CEO of Anastasia Beverly Hills. She launched her brand in 1997 at a salon in Beverly Hills, California. She appeared on the television series Home & Family in 2012 and was a beauty judge on the TV series America's It Girl in 2014. In 2016 she appeared in an episode of the reality TV series RuPaul's Drag Race All Stars. Anastasia Soare appeared as a beauty expert on the TV series Entertainment Tonight from 2016 to 2017. She has also been featured on other TV series including The Oprah Winfrey Show, The Doctor Oz Show, and America's Next Top Model. Soare has appeared in several publications including The New York Times, People, The Guardian, Vanity Fair, Elle, Vogue, and Allure and is known for her golden ratio method.

For many years Anastasia did not take any outside investment capital. She became a billionaire in mid-2018 when she sold a minority stake to TPG Capital at a $3 billion valuation. Even after the sale, she maintained 100% ownership in Anastasia Beverly Hills. 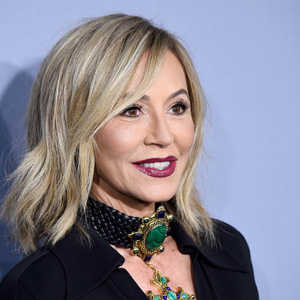