Alicia Koplowitz net worth: Alicia Koplowitz is а Spanish billionaire who has a net worth of $2.2 billion. Alicia Koplowitz and her older sister, fellow billionaire Esther, succeed construction firm, Fomento de Construcciones y Contratas, from their late father. It was in 1989, when the Koplowitz sisters acquired the control over the company and jointly ran the business until 1997, when Alicia sold her stake to Esther for $800 million.

It turns out Alicia has made a wise move, since Alicia has seen her fortune grow while the firm is struggling to stay afloat amid Spain's financial crisis. Ever since, she has invested in various industries like in steelmaker Acerinox, electric utility Iberdrola and banking group Banco Sabadell. She also holds a stake in Hospes, Spain's chain of luxury hotels, and owns some more hotels in Italy and Miami. In addition to making her wealth swell, Alicia set up a charitable foundation, which gives Spanish fellows the opportunity to study child psychiatry in England and the US, at places like Columbia University's Medical Center. Her efforts, to promote the development and study of child and adolescent psychiatry, didn't go unnoticed as she was named an honorary member of the Spanish Society of Psychiatrists in 2009. She is a mother of three, but has no husband at the moment, having divorced Alberto Cortina in the early 90s. 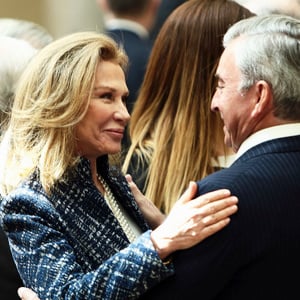