Alfredo Harp Helu Net Worth: Alfredo Harp Helu is a Mexican entrepreneur who has a net worth of $1.6 billion. Born in Lebanese immigrant family in 1994 in Mexico City, Harp earned his wealth in 2001 when he sold his bank Banamex, one of the leading banks in Mexico, to Citigroup for over $12 million.

In 1994, Harp launched the telecom company Avantel, Mexico's second leading telephone company, and twelve years later, he sold it to Axtel. Furthermore, Harp was a victim of kidnapping in 1994. After 106-days of captivity, his family paid the ransom of $30 million, and he was released. Nowadays, Harp is famous philanthropist and holds several charitable foundations that support culture, education, social assistance and sport. Being a baseball fan, he is the owner of the Mexico City Diablos Rojos team (Red Devils). Alfredo's first cousin is fellow Mexican billionaire Carlos Slim Helu. 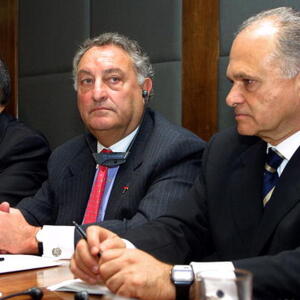