Alexey Mordashov net worth: Alexey Mordashov is a businessman who has a net worth of $20 billion dollars which makes him one of the richest people in Russia. Born in Cherepovets, Russia, Alexey Mordashov, graduated from the Leningrad Institute of Economics, and later earned his MBA from the University of Northumbria. He began working in a steel mill in Cherepovets in the late 80s, and worked his way up to the position of finance director for the company after four years. After the company was privatized, he formed his own investment fund, and bought up shares in the steel mill, ultimately amassing a large stake. He became general director in the mid-90s, and subsequently launched, Severstal, a mining conglomerate. Severstal has been quite successful, though the company recently sold off a number of their US-based plants to another Russian conglomerate for an almost 50% loss. In addition to his work with Severstal, he is also involved in a number of philanthropic ventures, including sponsoring both the Bolshoi and Mariinsky Theatres. 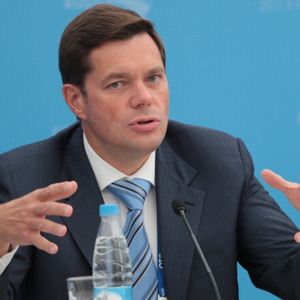