Alexander Spanos Net Worth: Alexander Spanos was an American real estate developer and sports team owner who had a net worth of $2.4 billion at the time of his death in 2018. A self-made billionaire, he built his fortune thanks to his firm A. G. Spanos Companies, a builder of multifamily residences, commercial buildings and communities.

But he was probably most famous for being the owner of the Los Angeles Charges of the NFL (previously known as the San Diego Chargers). He was born Alexander Gus Spanos on September 28, 1923 in Stockton, California to Greek immigrants. He was only eight years old when he started working at his parents' bakery. Later in life he dropped out of college, joined the Army Air Force and served as a tail gunner during World War II. After the war he spent some time as an amateur golfer. It was in 1951 that he founded a catering company with an $800 loan. The business was soon thriving and he made his first million dollars by 1955. Over time he funneled his earnings into real estate, eventually starting the A.G. Spanos Companies. Today his company is one of the country's largest apartment developers. In 1984, he bought a 60% stake in the Chargers for $48 million. He became the full owner over the next decade. Today, his son Dean oversees the team and serves as its Chairman and President. In 2013, Alexander Spanos celebrated 65 years of marriage to his wife Faye with whom he has four children. Alex Spanos died on October 9, 2018 at the age of 95. 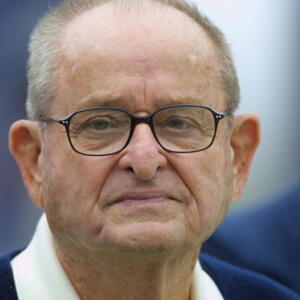