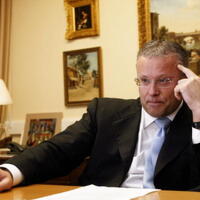 Alexander Lebedev Net Worth: Alexander Yevgenievich Lebedev is a former KGB officer and a Russian businessman who has a net worth of $1.1 billion dollars. International media often refer to him as a Russian oligarch, or business magnate. In 2008, he was listed as one of the richest people in the Russian Federation. He is a partial owner of several English newspapers like the Independent on Sunday, The Independent, and the London Evening Standard, as well as he is a partner of the daily Novaya Gazeta, which is printed in Russian. Alexander Lebedev was born on 16 December 1959, in Moscow. His parents were part of the intelligent, aristocratic group in Moscow. Evgeny Nikolaevich Lebedev, the father of Alexander Lebedev, was a professor at the Moscow´s big technical school Baumanka. After the fall of the USSR, Lebedev founded his first finance company known as the Russian Investment-Finance Company. Later on, the company acquired the National Reserve Bank of Russia, which was facing bankruptcy at the time of the acquisition. While today, it's one of the wealthiest banks in Russia. Alfa-Bank and National Reserve Bank are the only two banks that survived the deep Russian financial crisis in 1998. Recently, he acquired about 11% of the Russian national airline, a major share in the Russian aircraft-building industry and holds shares in different financial institutions such as RAO UES, Gazprom and Sberbank. Business aside, he has also tried his hand at politics. Most notably, Lebedev served as a member of Russia's parliament until 2007, after which he tried to form a new social-democrat party with Mikhael Gorbachev. Unfortunately, the effort turned out to be unsuccessful. Lebedev financially backs the Raisa Gorbachev Foundation which has set up a free children's cancer hospital in St. Petersburg.