Alexander Abramov Net Worth: Alexander Abramov is a Russian scientist-turned-industrial magnate who has a net worth of $6 billion. Born in 1959 in Russia, Alexander Abramov has accumulated an enormous fortune as head of Evraz Holding, Russia's largest producer of steel. A graduate of the elite Moscow Institute of Physics and Technology, Abramov made his career beginnings as the head of a research lab before the collapse of the Soviet Union. In 1992, Alexander Abramov united with Alexander Frolov in the formation of a small metal trading business, a precursor to Evraz Holding. He made the first fortune by exporting metals and coal from the Urals and Siberia. After the Russian financial crisis in 1998, Abramov made a wise move buying up hobbled steel companies and coal mines on the cheap, including two U.S. firms, Claymont Steel and Oregon Steel. A decade later, in 2008, he was elected Chairman of Evraz, stepping in the shoes of Alexander Frolov, who has since served as CEO. Today, Evraz Holding is a true iron empire which has 125,000 employees, controls around 22% of Russia's total steel output and records an annual turnover of $20 billion. It is rumored that Alexander Abramov and fellow billionaire Roman Abramovich, who also has stakes in Evraz, will buy a 5.8% stake in Norilsk Nickel. Aside from enlarging his already huge fortune, Abramov is a married man with three children. 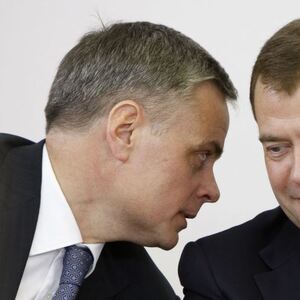