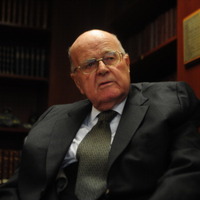 Alberto Benavides net worth: Alberto Benavides is a Peruvian engineer and entrepreneur who has a net worth of $2 billion. Alberto Benavides entered the list of Pruvian billionaires thanks to the 27% stake he and his family own in publicly traded Peruvian miner, Compania de Minas Buenaventura. Being the son of Alberto Benavides Diez-Canseco, a former Lima mayor, he first started working as General Manager of Buenaventura and then he took over the CEO position of the prestigious company. Being one of the few Peruvian mining companies listed on the Stock Exchange of New York, the firm is one of Peru's largest gold and silver producers with a market capitalization that exceeds $7 billion. Even though Alberto Benavides no longer sits on the board, he still holds voting control over the family's shares, according to Buenaventura's financial documents. His two sons now hold controlling positions in the company, with Roque being its CEO and Raul sitting on the board of directors.