Albert Frere net worth: Albert Frere is a Belgian businessman who has a net worth of $5 billion dollars. Born in Fontaine-l'Évêque, Belgium, Albert Frere grew up working for his father, who sold nails. During his late teens, Mr. Frere's father passed away, and he left school to focus on maintaining his father's business.

He subsequently grew his family's nail business into a massive steel empire, and was the dominant force within the steel industry in the region surrounding his hometown by the late 1970s. After selling his first company, he used his funds to co-found, Pargesa, a holding company. Immediately, he began to buy up other companies totally, or purchase shares. Pargesa bought Groupe Bruxelles Lambert, shares in Petrofina, Tractebel, Compagnie Luxembourgoise de Télédiffusion, also known as the RTL Group, and a wide range of other companies. In addition to his own company, he is also the co-owner of Louis Vuitton Hennessy Moet (LVMH) with Bernard Arnault. 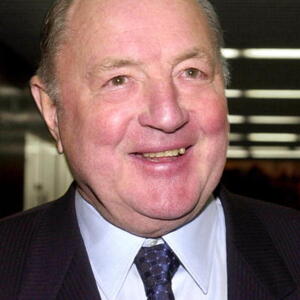