Alan Sugar net worth: Alan Sugar is an English businessman, political advisor, and media personality who has a net worth of $1.3 billion. Alan Sugar was born in Hackney, East London, England in March 1947. He joined the billionaire's club according to the Sunday Times Rich List 2015. Sugar sold his interests in the electronics company Amstrad in 2007.

From 1991 to 2001 he was the chairman of the professional soccer club Tottenham Hotspur. He has been featured on the reality television series The Apprentice on BBC since 2005. In the show, Sugar is "the boss" and plays the same role as Donald Trump in the American version. He produced the films The Survival Club in 1999 and Blame It on the Moon in 2000. Sugar was nominated for a BAFTA Award in 2007 for The Apprentice. His book What You See is What You Get: My Autobiography was released in 2010. 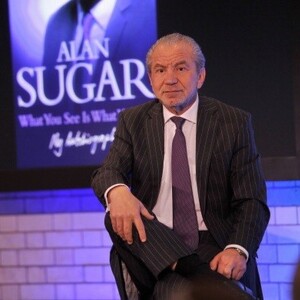