Alan Gerry Net Worth: Alan Gerry is an American businessman who has a net worth of $1.4 billion. A cable television pioneer, Alan Gery founded Cablevision Industries (CVI) back in the early 1970s and has since been netting his abundant fortune. A WWII Marine Corps veteran and TV repair shop owner, Gerry first started constructing an upstate New York cable network in 1956 in order to boost demand for his TV sets.

The original system that he created could only transmit five channels at a time, although there were seven available networks. Thus, Garry was often switching channels for the whole region, mainly swapping out a news program for the Yankees game and vice versa. Over the years, CVI evolved and by the 1990's, it has already set up 18 networks from New York to Florida. In 1996, Alan handed over CVI to Time Warner for a reported $2.8 billion while earning $900 million in the process. A self-proclaimed "country boy", he purchased and resurrected the original 1969 Woodstock festival site. Furthermore, he started the Gerry Foundation, meant to stimulate economic activity and revitalization in Sullivan County, New York. 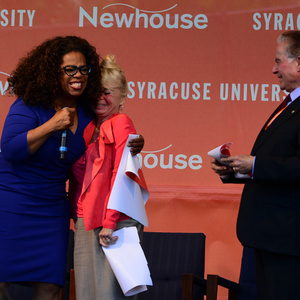