Adam Bowen net worth: Adam Bowen is an American businessman and entrepreneur who has a net worth of $900 million. Adam Bowen is the co-founder of electronic cigarette company Juul Labs and also serves as the company's chief technology officer. At one point in 2019 his net worth topped $1.1 billion. He dropped out of the billionaire club several months later after widespread public concern about Juul caused the company's valuation to plummet.

He graduated from Pomona College and then earned an MS from Stanford University where he studied product design. He co-founded the company with James Monsees. Adam and James met during smoke breaks while both were studying at Stanford in 2004.

Altria purchased a 35% stake in Juul in December 2018 which increase his net worth. Juul was formed in 2015 and is headquartered in San Francisco, California. The company had a revenue of $2 billion in 2018 and also employs 1,500 people.  The Juul e-cigarette packages nicotine salts from leaf tobacco into cartridges that have a one time use. It became the most popular e-cigarette in the U.S. but has been subject to multiple investigations by the U.S. Food and Drug Administration partly due to its high nicotine concentrations.

In December 2019 the company was valued at $38 billion. Six months later, the company's ongoing controversies caused the value to drop by more than half to $14 billion. After various funding rounds and selling a 35% stake to Altria, Adam and James now own less than 2% of the company a piece.

During a July 2019 Congressional hearing, a California representative tore into Adam's co-founder James Monsees. Representative Mark DeSaulnier told Monsees: "You, sir, are an example of the worst of the Bay Area. You don't ask for permission, you ask for forgiveness. You're nothing but a marketer of poison, and your target is young people." 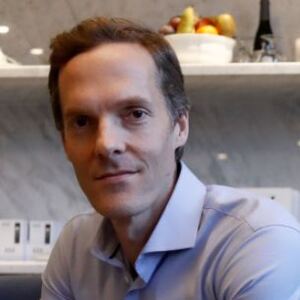