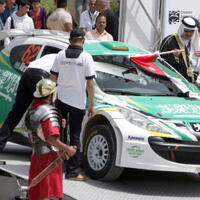 Abdullah Al Rajhi net worth: Abdullah Al Rajhi is a Saudi Arabian billionaire who has a net worth of $2.5 billion. Abdullah Al Rajhi, along with his brothers Sulaiman, Mohammed and the late Saleh, is one of the founders of Al Rajhi Bank more than 50 years ago. Abdulah served as the CEO and Managing Director of one of the largest banks in the Islamic world from 2008 to 2012. While today he only holds the positions of Vice Chairman and Non-Executive Officer. But he is a billionaire thanks to his stake in the bank with Head Office in Riyadh and six other Regional Offices, as well as 24 branches across Malaysia. In addition to his stake in Al Rajhi Bank, he also holds interests in Al Baraka Banking Group, an Islamic bank founded by his fellow billionaire Saleh Kamel. But that's not all, as he also owns shares in few more cement and agriculture companies. All of the above makes him one of Saudi Arabia's richest people.