Ray Kurzweil net worth: Ray Kurzweil is an American author, entrepreneur, scientist, inventor and futurist who has a net worth of $30 million. Ray Kurzweil has earned his net worth in the fields of optical character recognition (OCR), text-to-speech, syntheses, speech recognition technology, and electronic keyboard instruments. He has also written numerous books on health, artificial intelligence (AI), transhumanism, the technological singularity, and futurism.

He was born on February 12, 1948 in Queens, New York. He wrote his first computer program at the young age of 15 in 1963, during high school he created a sophisticated pattern-recognition software program. He was asked to appear on the CBS television program I've Got a Secret, and later he won he won first prize in the International Science Fair for the invention. While attending MIT he started a company that used a computer program to match high school students with colleges. It was called the Select College Consulting Program; he later sold the company to Harcourt, Brace & World for $100,000. He graduated from MIT in 1970 with a Bachelor of Science degree in Computer Science and Literature. He has received several awards of recognition for his knowledge and inventions such as; the National Inventors Hall of Fame in 2002, The Arthur C. Clarke Lifetime Achievement Award on April 20, 2009 for lifetime achievement as an inventor and futurist in computer-based technologies. He has also received seventeen honorary doctorates between 1982 and 2010, and in 2011, Kurzweil was named a Senior Fellow of the Design Futures Council. Kurzweil is well-known and recognized as a public advocate for the futurist and transhumanist movements. Kurzweil helped created Singularity University which is a training center for corporate executives and government officials. Kurzweil, in collaboration with Google and the NASA Ames Research Center started Singularity in February 2009. Kurzweil started learning writing about nutrition, health, and lifestyle at the age of 35 after being diagnosed with glucose intolerance, an early form of type II diabetes.

He is married to Sonya and they have two children. 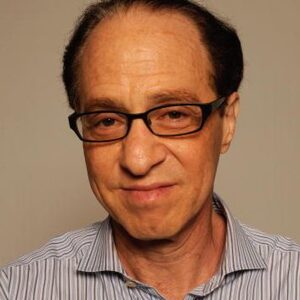