What Is Zak Bagans' Net Worth and Salary?

Zak Bagans is an American television host, paranormal investigator, and author who has a net worth of $30 million. Bagans is best known for hosting the Travel Channel series "Ghost Adventures" (2008–present), which he also created. Zak executive produces the show and has directed numerous episodes.

A former skeptic, Bagans co-founded the Ghost Adventures Crew (GAC) and has said that he became interested in investigating the paranormal after he encountered the spirit of a suicidal woman in his Michigan apartment building in 2002.

Zak has hosted and produced several shows in addition to "Ghost Hunters," including "Paranormal Challenge" (2011), "Deadly Possessions" (2016), and "The Haunted Museum" (2021). He co-wrote the books "Dark World: Into the Shadows with the Lead Investigator of the Ghost Adventures Crew" (2011) and "I am Haunted: Living Life Through the Dead" (2015) with Kelly Crigger, and he published "Ghost-Hunting For Dummies" in 2019. Bagans also launched the clothing lines DungeonWear and Reaper, and he collaborated with the Belgian-American band Lords of Acid on the 2012 song "Paranormal Energy." He later teamed up with the band's keyboardist, Praga Khan, for the 2012 album "Necrofusion."

Museum and Other Assets

Bagans owns and operates a haunted museum in Las Vegas called Zak Bagans' The Haunted Museum. The museum features Zak's personal collection of haunted memorabilia, and the collection is reportedly quite valuable. He also owns $2 million worth of vehicles and the building that houses the actual museum.

Zak Bagans was born Zachary Alexander Bagans on April 5, 1977, in Washington, D.C. He became interested in the paranormal at age 10 when he often went to garage sales with his mother, Nancy, "in search of odd and spooky collectibles." Zak has an older sister named Meredith and two younger half-siblings, Phil and Sky. Bagans attended Glenbard West High School in Illinois, graduating in 1995, then he enrolled at Western Michigan University but left after eight months. Zak later attended the Motion Picture Institute of Michigan.

In 2004, Bagans produced the documentary "Ghost Adventures" with Aaron Goodwin and Nick Groff, and the Sci-Fi Channel (now known as Syfy) aired it in 2007. In 2008, the "Ghost Adventures" series premiered on the Travel Channel, and as of this writing, it has aired more than 230 episodes over 21 seasons as well as 45+ specials. The series, which moved to the streaming service Discovery+ in 2021, also led to the spin-offs "Ghost Adventures: Aftershocks" (2014–2016), "Ghost Adventures: Serial Killer Spirits" (2019), "Ghost Adventures: Quarantine" (2020), and "Ghost Adventures: Screaming Room" (2020). Zak created the 2011 Travel Channel series "Paranormal Challenge," then he produced another show for the network, "Paranormal Paparazzi," in 2012. In 2016, he hosted "Deadly Possessions," which featured items that he had collected for The Haunted Museum (which opened in October 2017), then he wrote, directed, and starred in the 2018 documentary "Demon House." In 2021, Discovery+ began airing the horror anthology series "The Haunted Museum," and later that year, Zak hosted "Halloween Wars" as part of the streaming service's "Ghostober" programming. 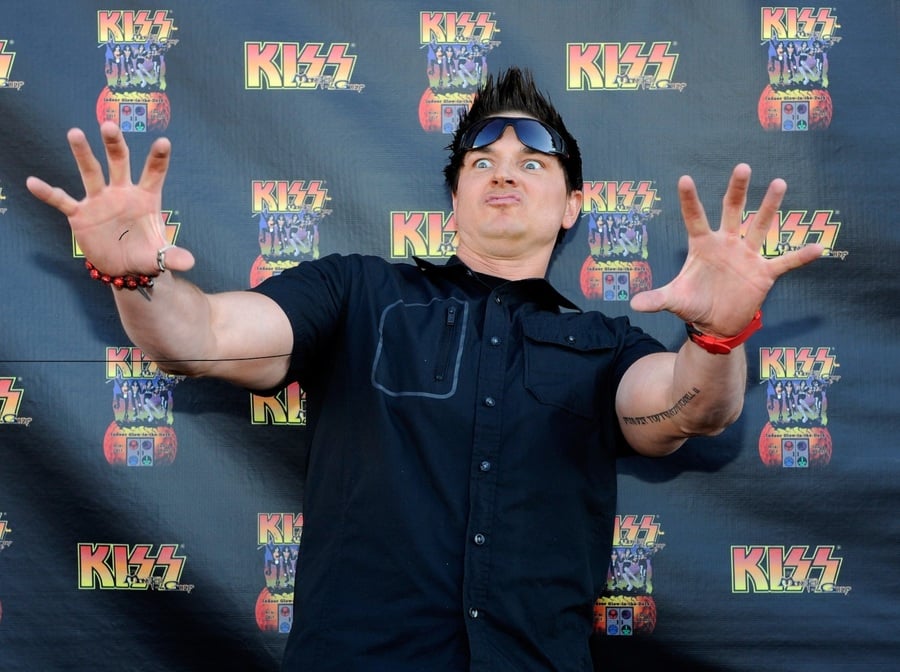 Bagans began a relationship with Playboy model Holly Madison, former star of the E! reality series "The Girls Next Door," after meeting at The Haunted Museum in May 2019. The couple split up in early 2021. Zak has several tattoos, including a Celtic cross, Aries symbol, and the German phrase "Denn die Todten reiten Schnell," which translates to "for the dead travel fast."