How much is Zach King Worth?

Zach King net worth: Zach King is an American social media personality and filmmaker who has a net worth of $3 million. He is best known for his fame on TikTok.

Zach King was born in Portland, Oregon in February 1990. He started posting videos on YouTube in 2008 and then on Vine in 2013. In 2010 he won the Hewlett-Packard commercial contest and in 2013 he won YouTube's NextUp Creators contest. Zach King and his wife Rachel Holm competed on the reality game show The Amazing Race in 2015. He has directed several shorts including Indiana Bones and the Raiders of the Lost Bark, Justin Bieber: Sorry – Lyric Video, Turkish Airlines: In-Flight Safety Video, Jurassic World: Fallen Kingdom – The Trailer Rescue, Magic Duel: Jack Black vs Zach King, A Magician Home Alone, Viking Academy, and Zach King's Day Off. King produced the TV mini-series The Nerf National Show. He was nominated for Streamy Awards in 2015 and 2018. 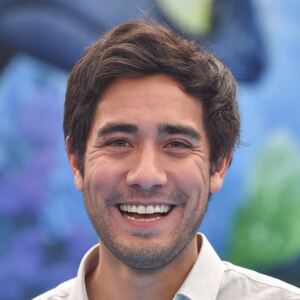