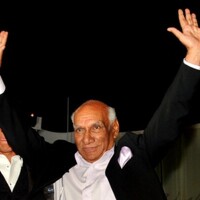 Yash Chopra Net Worth: Yash Chopra was an Indian filmmaker, director, scriptwriter and Bollywood producer who had a net worth of $50 million. Born Yash Raj Chopra (27 September 1932 – 21 October 2012), he had been predominantly working in Hindu cinema. It was his great passion towards filmmaking that made him join I. S. Johar and elder brother, B.R. Chopra as an assistant director in the 1959 movie Dhool Ka Phool. Once he made his debut, Chopra continued to work with his brother on sevral other projects in the sixties, including the social drama Dharmputra (1961). It was the critically acclaimed drama Wagt (1965) that catapulted Chopra to prominence and pioneered the concept of ensemble casts in Bollywood. In 1973, he went on to set up his own production company, Yash Raj Films, which created some of the most successful films in Bollywood. Some of its iconic features include the action thriller Deewar (1975), as well as the romantic drama Kabnie Kabnie (1976). Even though the period from late 1970s to the late 1980 is seen as a professional setback in Chopra's career, he had few more hit projects up his sleeve. Such were Chandni (1989) and Lamhe (1991). He directed three more romantic films before his retirement in 2012. In his prolific career, Yash Chopra has won several film awards, including eleven Filmfare awards, six National Film Awards and four Filmfare Best Director awards, among other honors.