Career: Yandy Smith began her professional career working in the entertainment industry as an Executive Assistant at Violator Management. Her clients included such high-profile musicians and entertainers as Missy Elliot, 50 Cent, and LL Cool J. In 2005, just a year after graduating from college, Yandy met rapper Jim Jones while on a private jet that Russell Simmons had chartered. She quit Violator Management to become Jones' full-time manager. The following year, VH1 approached Jones about doing a reality show centered around him. An 11-minute trailer for the proposed show called "Keeping Up with the Joneses," was made, but VH1 was unconvinced. Yandy then approached Mona Scott-Young, her mentor from Violator Management, and Mona changed the concept to turn it until what became "Love & Hip Hop," by bringing in Jones' girlfriend Chrissy and her friends. Yandy first appeared on the reality show during the first season when Chrissy and Jim got engaged. It was an uncredited cameo.

Yandy Smith joined the main cast of "Love & Hip Hop: New York" in season two. Her main storyline involved the issues and problems she had while working as the manager of Jim Jones. During that season, her professional relationship with Jones implodes and she gets into a fight with Chrissy at a nightclub in Miami. Jones and Chrissy ended their relationship with Yandy after that.

Yandy went on to work as a consultant at Warner Music Group, Atlantic Records, and Columbia. Then she teamed up with her former Violator Management boss Mona Scott-Young to form Monami Entertainment. Yandy is a talent agent at the company. In 2008, Billboard named her one of the "Top 30 Executives Under 30."

Yandy is also involved with the lifestyle brand Everything Girls Love, where she is part-owner, President, and Brand Manager. 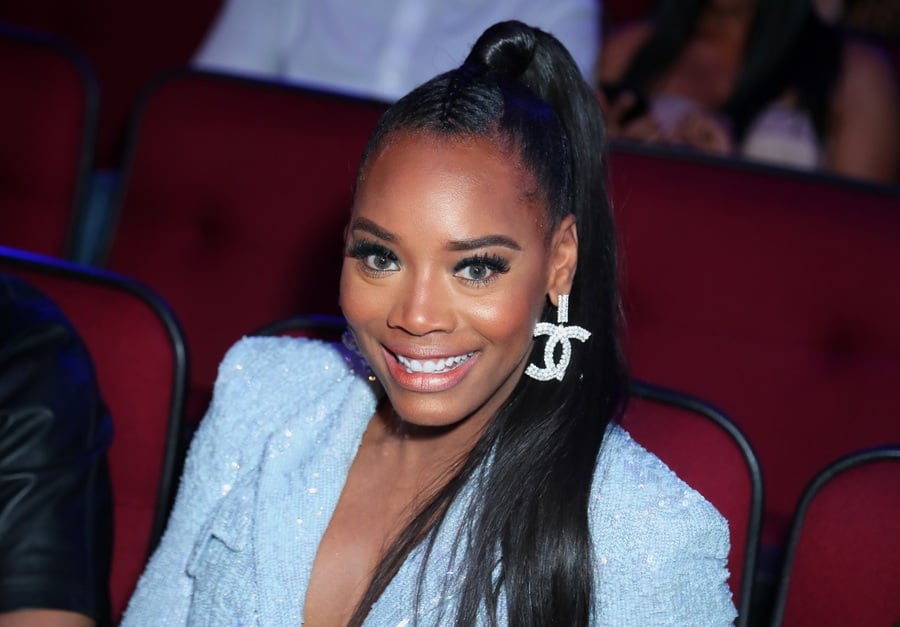 Yandy's husband has two children with two other women. His first baby mama, Samantha, met him when she was 19. They dated for three years and had a child but broke up after Samantha discovered Mendeecees was cheating on her. He met his second baby mama, Erika, in 2003 according to her or 2009 according to him. Erika is his messiest relationship because he got her pregnant after he was officially dating Yandy and after he hired her as his children's nanny. Technically, Erika is his third baby mama.

Yandy has a strained relationship with Mendeecees' baby mamas, which exploded into a vicious feud with the women fighting for custody of Mendeecees' oldest children Mendeecees Jr. and Aasim.

In January 2013, Mendeecees Harris was arrested on charges that he molested a 15-year-old girl. If convicted he could face as much as 20 years in jail. Mendeecees has also been accused of being part of a three-man drug trafficking organization. The three men allegedly trafficked $2.5 million worth of cocaine and heroin between 2005 and 2012. Yandy has adamantly defended her fiance on numerous occasions and has even called out specific bloggers and websites which she thinks have been particularly unfair or inaccurate in their reporting. In 2016, Harris was sentenced to eight-to-ten years in prison on drug-trafficking charges. He was released from prison in January 2020.

On July 14, 2020, Yandy Smith was arrested in Louisville, Kentucky during a protest outside of the attorney general's office over the death of Breonna Taylor by Louisville police officers. Taylor was shot and killed in March when police entered her home during a drug raid. The police were in the wrong home, the correct one was 10 miles away, and the suspect was already in custody. As of July 31, 2020, the officers who killed EMT Taylor have not been arrested or charged with her death.

In mid-July 2020, Smith posted a sweet tribute to her Instagram account for her son Omere's eighth birthday. She wrote: "Everything perfect about me came out in you. My flaws missed you by far. You're kinder than most, compassionate, you live and walk in truth, you're funny, really funny. You hurt when people hurt, you love hard. You were the man of the house for so long and you did it well. You had to grow up fast and look at you big boy…YOU'RE 8 now!!! We love you so much!!!"

In late July 2020, Yandy posted a four-minute video on her Instagram account during which she opens up about some nightmares she's been having lately. She said: "It's six o'clock in the morning, and I'm just waking up from a horrible nightmare." She went on to describe that she woke up thinking federal agents were breaking into her home to kill her and her children. In her dream, she heard the agents say they entered the wrong home. Yandy also revealed that she's been having anxiety attacks as a Black mother living in the social climate of 2020. 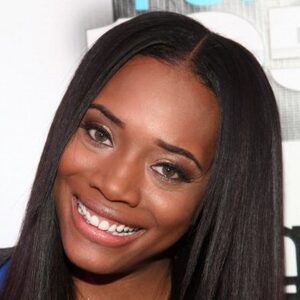