Walter Afanasieff net worth: Walter Afanasieff is a Russian-Brazilian music producer and song writer who has a net worth of $100 million. During his career, Walter Afanasieff has produced and written songs for for many pop singers, perhaps most-notably Mariah Carey. In 1997 Walter produced the Celine Dion song "My Heart Will Go On" which went on to win and Academy Award for Best Original Song, a Golden Globe and several Grammys including the 1999 Grammy for Record of the Year. It is one of the best-selling singles in history.

Early Life: Walter Afanasieff was born Vladimir Nikitich Afanasiev on February 10, 1958 in Sao Paulo, SP, Brazil to Russian parents Nikita and Tatiana. The goal he wrote in his high school yearbook was to "write and play better than Keith Emerson" (of Emerson Lake & Palmer).

He started working in the entertainment industry in the 1980s as a jazz musician. During this time he shadowed a musician/producer named Narada Michael Walden who in the mid 1980s produced tracks fro The Temptations, Whitney Houston, Kenny G, Lionel Richie and more. By shadowing Narada, Walter learned everything he could about producing music for other artists and writing songs. Walden eventually hired Afanasieff as his studio arranger and keyboardist. The two also wrote songs together, including the title track to the 1989 James Bond movie "License to Kill" which was sung by Gladys Knight.

Success: In 1988 Walter made small contributions to the debut album of an up-and-coming singer named Mariah Carey. Walter would go on to work closely with Mariah for the next decade. He contributed to many of Mariah's biggest hits including "Hero", "Anytime You need a Friend", "Close My Eyes", "Butterfly", "Can't Let Go", "Forever", and "One Sweet Day" – a duet with Boyz II Men which for 23 years held the record longest run at #1 on the Billboard Hot 100 (16 weeks straight). The record was matched in 2017 by "Despacito" and broken in 2019 by "Old Town Road".

All I Want For Christmas: In 1994, Walter and Mariah wrote and produced "All I Want for Christmas Is You". The song has gone on to become a classic Christmas song that is played incessantly in November and December every year. The song has sold more than 15 million copies and, amazingly, hit #1 on Billboard in 2019 – 25 years after its initial release! To date the song has generated more than $60 million in royalties, producing $600,000 – $1 million in income every year for Walter and Mariah.

Disney Work: Over the years Afanasieff has produced and/or written songs several Disney movies. His work includes 1991's "Beauty and the Beast", 1992's "Aladdin" and 1992's "A Whole New World".

Personal Life: Walter has been married three times and have three children from those marriages. He married his longtime girlfriend Katie Cazorla in November 2017. 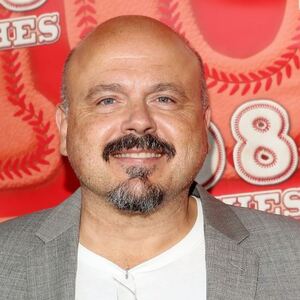