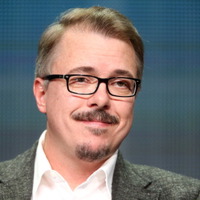 Vince Gilligan Net Worth and Salary: Vince Gilligan is an American television writer, director, and producer who has a net worth of $35 million. Although Gilligan is probably best known for creating, producing, writing, and directing the hit series "Breaking Bad," he is also an established figure in the entertainment world with plenty of other accomplishments under his belt. Before "Breaking Bad," he established a name for himself with writing and producing credits for "X-Files."

After "Breaking Bad," Vince continued to wow audiences with the successful spin-off series "Better Call Saul." He has also involved himself with various film projects. In recognition of his accomplishments, Gilligan has won a number of awards over the years. These include four Primetime Emmy Awards, six Writers' Guild of America Awards, two Critics' Choice Awards, a BAFTA, and many others.

Early Life: George Vincent Gilligan Jr. was born on February 10th of 1967 in Richmond, Virginia. Raised alongside a younger brother in a middle-class household in Farmville, Vince's parents divorced when he was 7 years old. Gilligan was raised a Catholic, although he later stated that he identified as agnostic.

During his high school years, Vince became friends with future film editor Angus Wall. He and his younger brother used to make their own science fiction films together, and Vince experienced early success when he won a film competition. Gilligan cites Jackie Wall (Angus' mother) as a positive influence during his early years, and she encouraged both boys to pursue a career in the arts.

After graduating from high school, Gilligan attended the famous Tisch School of the Arts at New York University. He was given a scholarship, and he graduated with a Bachelor of Fine Arts degree in film production. During his college years, he wrote a number of screenplays which were later produced into films. Vince's teachers noticed his potential, with some calling him one of the most imaginative writers they had ever seen.

Career: Vince Gilligan's career started when he joined the writing team for "The X-Files." An early fan of the series, Vince submitted a script for a second-season episode, which was accepted. This led to a long-standing writing position that saw him writing a total of 30 episodes. In addition, Gilligan earned production credits for a number of additional episodes. Towards the end of "The X-Files," he co-created the spin-off series "The Lone Gunmen," although it was canceled after just one season.

Although Vince was well-established in the entertainment world by this point, his real breakthrough came in 2008 with the debut of "Breaking Bad." Vince Gilligan had created the show with the expressed goal of turning a hero into a villain. He also wrote, directed, and produced the series. Since its debut, "Breaking Bad" has won widespread critical acclaim. Some consider it to be one of the greatest series ever made.

In 2013, Vince Gilligan signed a lucrative deal with Sony Pictures Television to produce a spin-off series called "Better Call Saul." This series would focus on a fan-favorite character from "Breaking Bad;" a crooked lawyer called Saul Goodman. In 2018, Vince's deal with Sony was extended with a new three-year contract. "Better Call Saul" has also been the subject of widespread praise from critics, and in 2020 it entered its fifth season.

In 2019, Vince created another spin-off project, but this time it was a feature-length film. The movie was entitled "El Camino: A Breaking Bad Movie," and it featured a heavy focus on the character of Jesse Pinkman. Vince created the film to give Jesse's character "a proper sendoff." 2.6 million viewers reportedly tuned in to watch "El Camino: A Breaking Bad Movie" on the first day that it debuted on Netflix, and it was considered a success.

Outside of projects related to Breaking Bad, Vince has been involved with a variety of additional films and television series. His first-ever produced screenplay was for the 1993 rom-com "Wilder Napalm." During his time with "The X-Files," another one of his screenplays was produced – this time it was the movie "Home Fries." "The X-Files" proved to be a good source of new connections for Gilligan. Creator Chris Carter partnered with Gilligan for a new series called "Harsh Realm," with Gilligan serving as a consulting producer.

Following "The X-Files," Gilligan racked up plenty of additional writing credits. He wrote three episodes of the series "Robbery Homicide Division," which only lasted for about one season. After 2005, he wrote one episode of the series "Night Stalker." After writing a sci-fi pilot for a series called "A.M.P.E.D.," (which was unsuccessful), he lent his screenwriting skills to the Will Smith film "Hancock." He essentially had to rewrite the entire script for this film.

In 2013, Gilligan signed another deal with Sony through CBS for the creation of a new series called "Battle Creek." Vince and David Shore both played a part in the creation of the series, and it was based on a film script written by Vince Gilligan over a decade prior. Unfortunately, the series was not renewed for a second season.

In addition to writing, Vince has earned a few acting credits over the years. He first stepped in front of the camera in 2014, when he starred in the ninth episode of the fifth season of "Community," which was entitled: "VCR Maintenance and Educational Publishing."

In terms of his writing process, Gilligan has stated that "so much of this job is just sitting in a room with a bunch of smart people and just staring at each other until you come up with an idea." This collaborative approach combined with Gilligan's emphasis on character evolution and development are two major factors for his overall success.

Contracts: Vince has been under contract at Sony Pictures Television since 2007. In July 2018 he renewed his deal with Sony with a reported three-year contract that was estimated to be worth $50 million ($16 million per year). The deal was reportedly a significant raise on top of his previous contract.