Vilmos Zsigmond net worth: Vilmos Zsigmond is a Hungarian-American cinematographer who has a net worth of $15 million. Vilmos Zsigmond was born in Szeged, Hungary in June 1930. He was named one of the 10 most influential cinematographers in history in 2003 by the International Cinematographers Guild. Zsigmond has 100 cinematography credits to his name including the films The Sadist, The Incredibly Strange Creatures Who Stopped Living and Became Mixed-Up Zombies, McCabe & Mrs. Miller, The Hired Hand, Deliverance, The Long Goodbye, Scarecrow, The Sugarland Express, Obsession, Close Encounters of the Third Kind, The Deer Hunter, The Rose, Heaven's Gate, Blow Out, Jinxed!, The River, The Witches of Eastwick, The Bonfire of the Vanities, Sliver, Intersection, Maverick, Assassins, The Ghost and the Darkness, Playing by Heart, Life as a House, Jersey Girl, Melinda and Melinda, The Black Dahlia, Cassandra's Dream, and You Will Meet a Tall Dark Stranger.

Zsigmond won an Academy Award for Best Cinematography for Close Encounters of the Third Kind in 1978 and has been nominated for three other Oscars. He won a Primetime Emmy Award in 1993 for Stalin and a BAFTA Award in 1980 for The Deer Hunter. 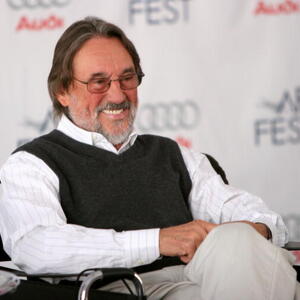