How much is Vanessa Bryant Worth?

Vanessa Bryant Net Worth: Vanessa Bryant has a net worth of $600 million. Vanessa Bryant is most famous for being the widow of Lakers legend Kobe Bryant. Kobe and their daughter Gigi died on January 26, 2020 in a helicopter crash.

Vanessa Laine was born on May 5, 1982 in Los Angeles. Her birth name was Vanessa Cornejo Urbieta. She took the last name "Laine" from her stepfather Stephen Laine.

Kobe and Vanessa met while she was working as a background dancer for a music video. She was 17 years old at the time. Kobe, who was 21 at the time, was at the studio to work on his debut musical album. They were engaged within six months of that first meeting. Laine was still a senior in high school when they married. Kobe's parents, his agent and his sisters chose not to attend the wedding because they did not support the union due to her age. They married on April 18, 2001 in Dana Point, California at St. Edward the Confessor Catholic Church. Kobe did not speak to his parents for two years as a result. The ice was broken after Vanessa welcomed their first child in 2003. They would go on to have four children together, all daughters.

In December 2011, Vanessa filed for divorce citing irreconcilable differences. At the time she filed, Kobe's net worth was $200 million. They did not have a pre-nup. Interestingly (though this didn't ultimately matter because the did not divorce), Vanessa waited just a few months after their 10-year wedding anniversary to file for divorce. In California, any marriage lasting longer than 10 years results in spousal support indefinitely, as opposed to an amount of time based on the years they were married. She also decided to file just a few months after Kobe had signed an $84 million contract extension.  Two years later they announced they had reconciled and called off the divorce.

Tragically, Kobe Bryant and one of the couple's daughters died in a helicopter accident on January 26, 2020. Kobe was 41. 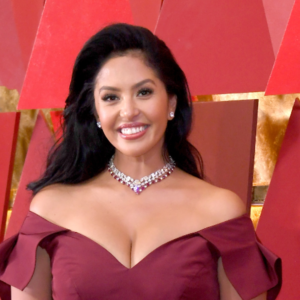