Tyler Oakley Net Worth: Tyler Oakley is an American YouTube personality and LBGT advocate who has a net worth of $8 million. Tyler Oakley was born in Jackson, Michigan in March 1989. He started making videos in 2007 and his first video has more than 70,000 views. Since then he has produced more than 300 videos with over 200 million views and has almost 5 million YouTube subscribers as of August 2014.

Oakley was formerly a member of 5AwesomeGays and produced their Friday videos for more than three years. He has been declared a "YouTube sensation" by Bloomberg. Oakley was featured in an investigative report titled Generation Like by Frontline in 2014. Tyler also co-hosts the weekly pop-culture news show "Top That" for PopSugar. He has 2.7 million followers on Twitter and hundreds of thousands on Facebook, Tumblr, and Instagram. He has appeared on stage singing Christmas carols with One Direction and Jerry Springer. Oakley won Teen Choice Awards for Choice Web Star: Male and for Choice Web Collaboration in 2014. He supports The Trevor Project which helps prevent suicide in LGBTQ youth. Tyler has interned with the organization and hosted their annual charity red carpet event. In six days he helped raise more than $500,000 for The Trevor Project. In 2015, Tyler released a bestselling book called Binge. Today Tyler is one of the highest paid personalities on YouTube. He earns between $6 and $7 million from his various ventures. He is currently signed with Ellen DeGeneres' production company. 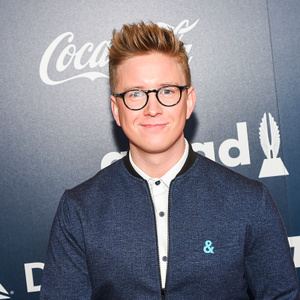