Tracey Edmonds net worth: Tracey Edmonds is an American producer and entrepreneur who has a net worth of $60 million dollars. Born in Los Angeles, California, Tracey Edmonds, also known as Tracey Elaine McQuarn, graduated from Stanford University with a degree in Psychobiology. She began her professional career in mortgage and real estate, and then founded her own entertainment company, called Edmonds Entertainment Group. Her company scored a hit almost immediately, producing the popular film, "Soul Food". The company has gone on to produce such projects as "Light It Up", "Soul Food: The Series", "Josie and the Pussycats", "College Hill", "Good Luck Chuck", " New in Town", and the recent hit, "Jumping the Broom".

Ms. Edmonds has been credited with launching the careers of such actors as Rosario Dawson, Tracee Ellis Ross, and Mekhi Phifer. She was married to music mogul, Kenneth "Babyface" Edmond, for thirteen years. They met when Tracey auditioned to dance in Babyface's music video for his song "Whip Appeal". They were married in September 1992 and divorced in January 2005. Tracey and Babyface have two sons together. She then married Eddie Murphy in Bora Bora in 2008 but they split soon after. Tracey is now rumored to be dating former pro-football player Deion Sanders.

Babyface Divorce Settlement: Tracey and Babyface were married from 1992 to 2005. Their divorce made headlines when it was revealed that Babyface had been ordered to fork over roughly half of his total net worth, perhaps as much $100 million. That's enough to make it one of the most expensive celebrity divorces ever.

Real Estate: In 2004 Tracey and Babyface paid $5.15 million for a home in Beverly Hills. The seller was rock star John Fogerty. When they divorced a year later, Tracey kept the house. Tracey listed this home for sale in October 2020 for $10 million. 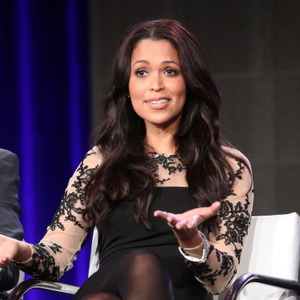