Tommy Tallarico net worth: Tommy Tallarico is an American musician and video game music composer who has a net worth of $3 million. Tommy Tallarico was born in Springfield, Massachusetts in February 1968. He is best known for being the co-creator of the concert series Video Games Live. Tallarico co-hosted Reviews on the Run and The Electric Playground.

He has worked on several video games including the Earthworm Jim series, Cool Spot, Spider-Man (2000), Maximo, Pac-Man World, RoboCop versus The Terminator, Tony Hawk's Pro Skater, and Prince of Persia. He has worked on over 250 games and won more than 25 industry awards for video game audio. Tallarico founded Tommy Tallarico Studios in 1994 and the Game Audio Network Guild in 2002. He is a vegan and has never used alcohol, tobacco, or drugs. 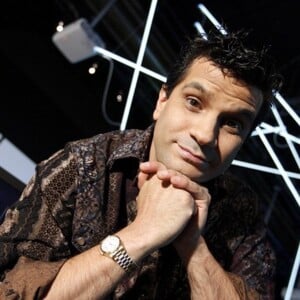