Tom Snyder net worth: Tom Snyder was an American television personality, news anchor, and radio personality who had a net worth of $20 million at the time of his death, adjusting for inflation. Tom Snyder was born in Milwaukee, Wisconsin in May 1936 and passed away in July 2007. He was best known for hosting the late night talk shows Tomorrow on NBC and The Late Late Show on CBS.

He was also a pioneer anchor for NBC News Update. Snyder hosted the radio show Contact from 1966 to 1970. The hosted the TV series The Tomorrow Show from 1973 to 1982. He hosted The Late Late Show with Tom Snyder from 1995 to 1999 and the program was simulcast on radio. Tom Snyder won a Primetime Emmy Award in 1974 for Special Classification of Outstanding Program and Individual Achievement for The Tomorrow Show and he was nominated for the same award in 1975 and 1976. Tom Snyder passed away on July 29, 2007 at 71 years old from complications from leukemia. 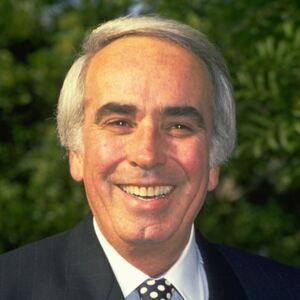